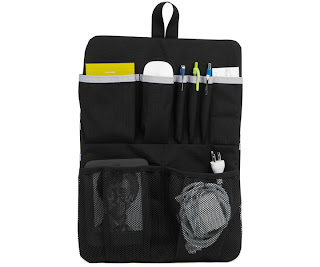 A Freudian slip is a verbal or memory mistake that is believed to be linked to the unconscious mind.

Example 1: A man calls his wife by the name of his mistress.
Example 2: A person calls his wife "mom" because he subconsciously thinks of her like his mom.
Example 3: A person expecting a dinner guest with a large nose reminds himself to avoid making any reference to noses at dinner. Then dinner comes and he says "Pass the nose" instead of "Pass the salt".

(Warning: All slips are not Freudian, and to interpret all slips as Freudian is not recommended.)

According to the theory of Sigmund Freud, people have many subconscious wishes, feelings and desires, which they have suppressed so that they are not consciously aware of them or are not willing to think of them at the present time. However, people sometimes make mistakes, called "Freudian slips" which reveal their subconscious thoughts. In a wider sense, "Freudian slip" is used to refer to any mistake in speech which reveals feelings or thoughts a person does not want to reveal.

The term is popularly used today in a humorous way when a person makes a mistake in speech. In these situations, observers often suggest (in a comic way) that the mistake reveals some type of hidden emotion on the part of the speaker.

Known as the father of psychoanalysis, Sigmund Freud developed a theory of the mind which contains three levels of awareness: the conscious, the preconscious, and the super conscious. According to his theory, the human mind is like an iceberg. The conscious part of the brain is just the small tip which is easily visible (accessible). The other two parts remain hidden below the surface.

In addition to the three levels of awareness, there are 3 components of personality: the id, the ego, and the superego. The id is the primitive part of the mind; it is irrational, emotional, child-like, and seeks self-gratification. The superego is the moral compass. The conscious, a subsystem of the superego, is constantly aware of right and wrong. For a child, this consists of everything he thinks mom and dad will disapprove of or punish. The ego, the rational part of the brain, compromises between these two opposing forces. "The conflict between the Id and Superego, negotiated by the Ego, is one of the fundamental psychological battles all people face."

In order to deal with this constant internal conflict, Freud believed that defense mechanisms were created to protect one's self. One of these methods is repression, where intense emotions, too difficult to deal with in the conscious awareness, are repressed into the subconscious. It's like our unconscious mind is a door to our conscious brain and the two meet during our dreams.
at 10:50 PM
Newer Posts Home
Subscribe to: Posts (Atom)