Amateur Fossil Hunter Must be Aware of New Legislation

The raptors, or to give them their scientific name the Dromaeosaurs are typically, small, swift, bipedal dinosaurs and the name raptor is translated as meaning "robber or thief", perhaps an apt description for these little dinosaurs. These animals have entered the public consciousness after they were depicted as vicious, hunters in films such as the Jurassic Park trilogy.

It is easy to imagine a sharp-eyed Velociraptor seizing the opportunity when a Protoceratops has left her nest unguarded, to rush in and steal an egg. Ironically, fossils of these little dinosaurs from the western United States can land amateur palaeontologists into hot water if the fossil is taken from public land. A "raptor" fossil taken from land managed by the Bureau of Land Management in the United States can lead to a prosecution. A number of cases have been reported recently in the media.

Even the most well-known and highly respected amateur palaeontologist and fossil collector and fall foul of new laws passed over the last three years or so which protect artifacts including dinosaur fossils if they are found on public land. A number of disputes over fossil ownership and identity have arisen in a number of states including Montana around a nearby museum and fossil study centre - the Dinosaur Field Station. Once at the Dinosaur Field Station fossils that have been discovered in the surrounding locality can be properly examined and prepared for display. However, disputes can arise as to the ownership of the fossil material, especially as high prices are paid for such specimens at auctions.

A new type of Dromaeosaur, a turkey sized animal that he had been nick-named "Sid Vicious", after the infamous punk rock singer is at the centre of one such ownershp dispute. If the finder owned the rights to this fossil, then it could prove to be an extremely lucrative discovery, as there would be a considerable amount of money to be made selling casts to museums and private collectors. However, Montana State law enforcement officers are keen to establish where such fossils have been found and to prove who has the right to profit directly from any such dinosaur discoveries. If the Dromeaosaur was discovered on private land, this means that "Sid Vicious" actually belongs to someone else.

Montana is one of the largest States in the USA. Although it is sparsely populated, it is extremely important to palaeontologists with an absolute treasure trove of Mesozoic fossils, many of which are dinosaurs from the Cretaceous. Montana is famous for its Hadrosaurine (duck-billed dinosaur) fossils, the State fossil is Maiasaura (Maiasaura peeblesorum), a medium-sized Hadrosaur whose remains along with a nesting colony were discovered in Montana in the 1970s.

After a number of investigation by the Federal authorities, several amateur palaeontologists have been involved in fossil custody cases, with a number charged with the theft of dinosaur fossils. It seems that at least one specimen had been discovered many years earlier, at a different location from the one first claimed. The raptor fossil, in question had been found on land belonging to somebody else and collectors had attempted to deceive the true owners keeping any monetary gains associated with this find.

Such cases inevitably get sent to trial and fines and even imprisonment are the punishments handed down to those who are found guilty of stealing fossils. Government officials hope that the publicity that such cases attract will deter other would-be fossil thieves from looting excavation sites in the U.S. state.

What Is the simplest Month to require the ACT Test? 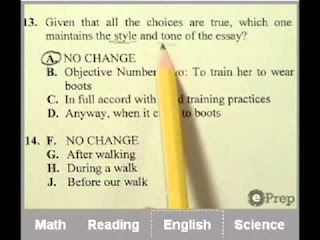 In order to be able to request a "TIR" you've got to require the ACT take a look at at a national take a look at location. which means it's on the Dec date wherever it's being administered nationwide, and not simply at some faculties. to confirm you get the proper date, merely register on-line through the ACT web site.

This is only one manner of operating very good to urge the very best ACT take a look at score you'll. in our own way to figure good is to find out by observation videos on-line whenever you've got a few of minutes, here and there.
at 5:25 AM
Newer Posts Older Posts Home
Subscribe to: Posts (Atom)